There once was a land on the far side of yesterday during the time when magic was young.

In those days and in that place, on the top of the highest mountain, there lived a woman of such surpassing beauty that the stars themselves wished that they were as lovely as she. 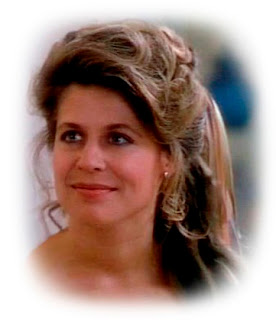 The stars could not be jealous of her, though, because her goodness and kindness were as great as her beauty.

One spring evening, as the sun disappeared behind the high peaks of her home, the woman heard a voice she had never heard before.  She felt it calling to her in a language that had never been spoken. In a way she couldn’t explain, she knew it was calling her by the name she had been given before she was born.

She left her home behind and followed the voice all through the night. When the sun rose the next morning, the voice became silent and she slept.

The next evening, as the first starlight began to shine, she heard the voice again. Again she followed it through the night, her path lit by all the stars above. The following morning, as the last star vanished into the dawn, the voice became quiet and she rested.

For ten long nights, she journeyed in this way, following the voice by night and sleeping by day. She traveled down the mountainside until she came at last to the shore of a lonely river. 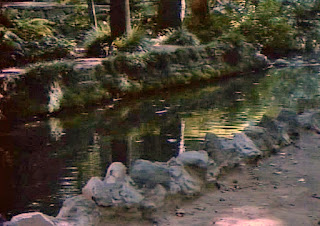 The river had spent its whole life wandering the world, trying to go to the woman, but she lived in the mountains, and the river could not travel up the steep slopes to her. Trapped below in the valleys of the enchanted lands, all it could do was wish and dream of finding her, calling to her in the night.

The woman loved the river, but the river was unable to stop running away from her. She could touch the river, of course; she could even cup a piece of it in her hands. But it is the nature of a river that it cannot be contained; always the river ran on and on, escaping from between her fingers. All the woman could do was wait patiently on its shore, loving the river in all of its moods, listening to its song beneath the starlit sky. 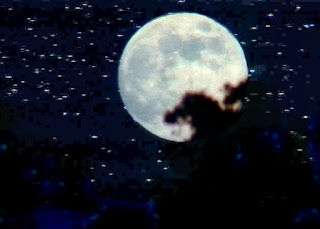 The stars knew that this was not the way it was meant to be. And so, on the longest night of the year when the moon was full, when the stars’ power was its strongest, the infinite orbs left their paths in the heavens and came down to where the earth was blanketed in shimmering snow.

The stars danced and whirled around the river and the woman, drawing them ever closer together.  The water of the river was drawn up and spiraled around the woman until they were both enveloped in a swirl of stardust and snowflakes.

As the last glittering spark of this magical mantle vanished, where the river and the woman had stood a moment before, there was now something that had never been before.

The woman was transformed into an owl of silver-white and the river was an owl of amber-gold.

Still to this day, because the river’s magic was born in the darkness, and to honor the stars that brought them together at last, owls are the guardians of the night. Their song is forever sweet and sad because they always remember that long ago time when they were separated, even though now, they will never, ever be apart. 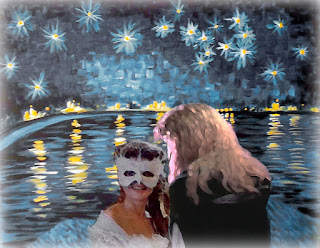 OKGoode
Hi. I'm Olivia and this is my little fanfic blog.